The ReefMaster Sonar Viewer is a Windows PC application that combines a multi-channel sonar viewer with the display of side-scan sonar over a world base map. The sonar viewer works with sonar logs from Lowrance and Humminbird units, and lets you view any combination of your available sonar channels with smooth playback at speeds of up to 30x. Waypoints can be created and edited in the sonar or map views, and loaded and saved in a variety of file formats.

Note: Lowrance users should look at our Waypoint Manager/Sonar Viewer for Lowrance application, which includes Lowrance-targeted waypoint, trail and route management features as well as a multi-channel sonar viewer. 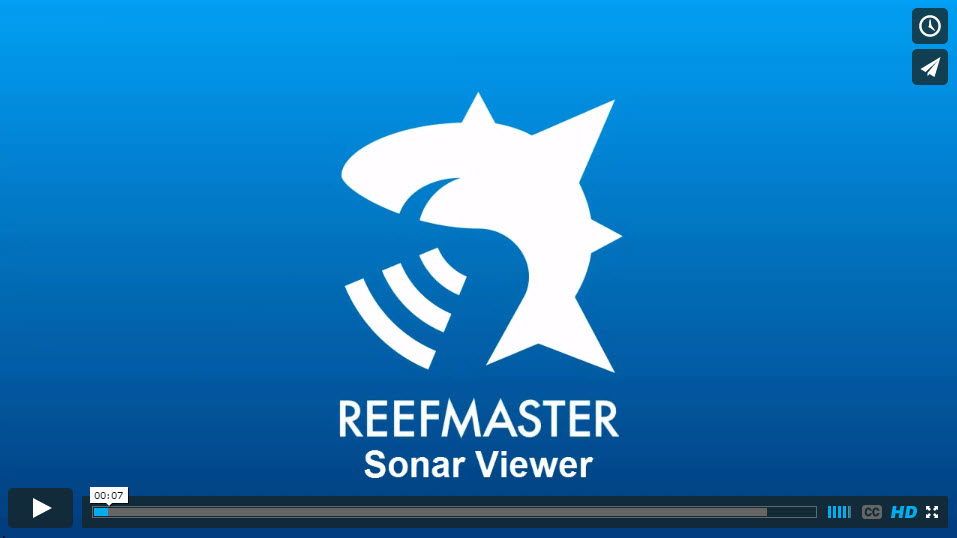 Why use a sonar viewer application on your PC?

Easy to use and highly controllable

The ReefMaster Sonar Viewer is extremely simple to use and easy to control. Zoom in or out of the map and sonar views using the mouse wheel, "zoom-box" or pinch-to-zoom on touch-screen devices. The map or sonar positions can be moved by dragging with the mouse, even whilst the sonar is playing. Image controls such as brightness and contrast are available for each individual view panel via pop-up controls

The relative sizes of the map and sonar viewer displays can be easily adjusted by dragging any of the dividing bars, and the individual displays can be toggled on or off. View both of the displays at once, sonar only or map only. 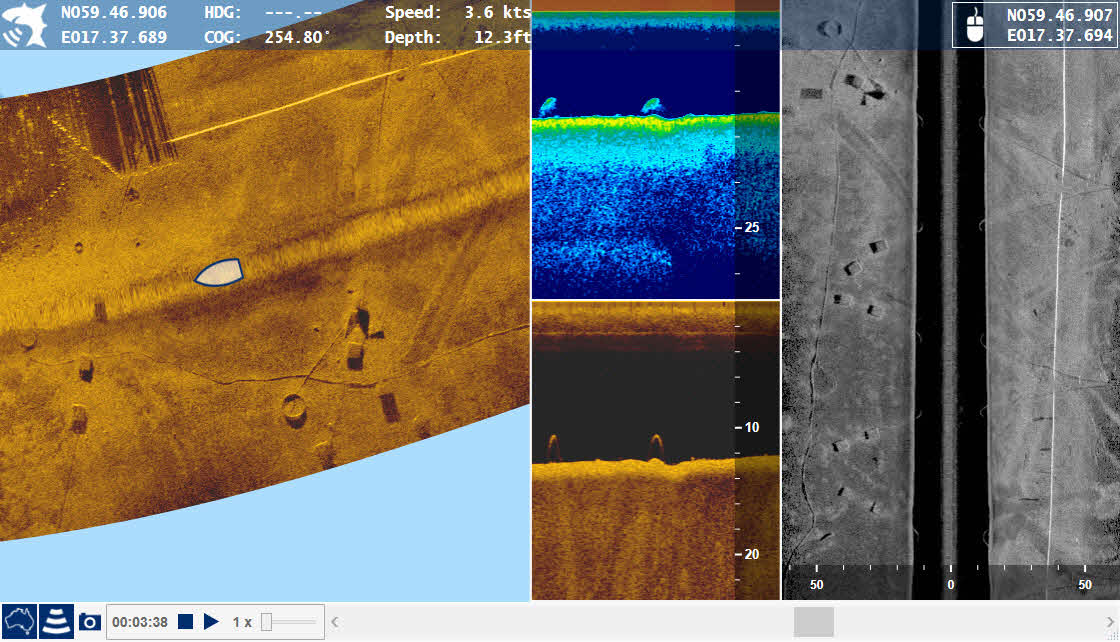 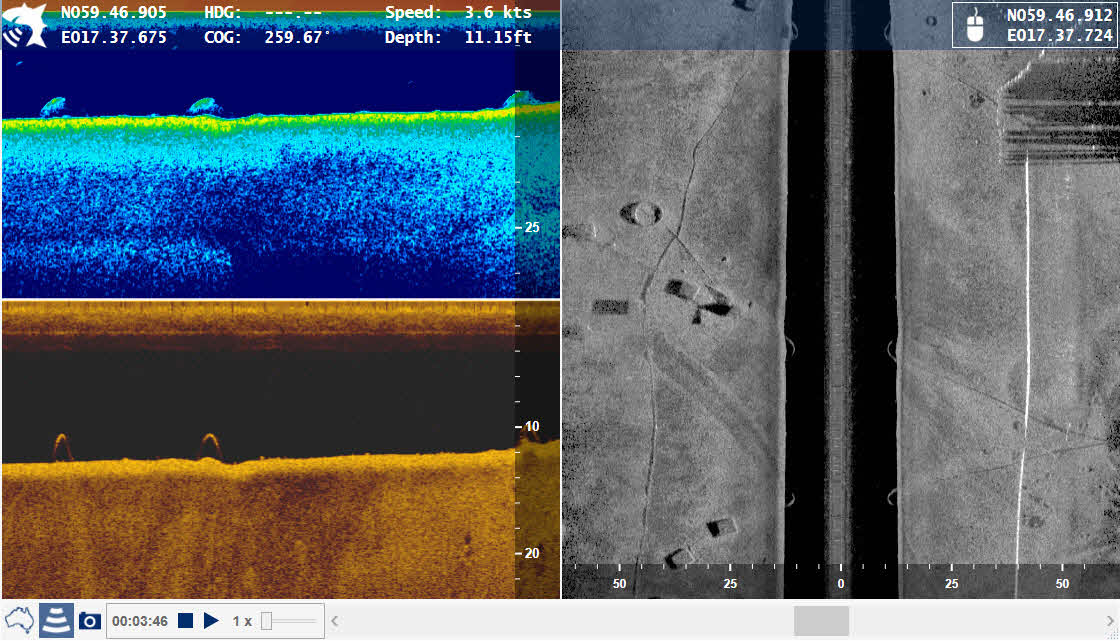 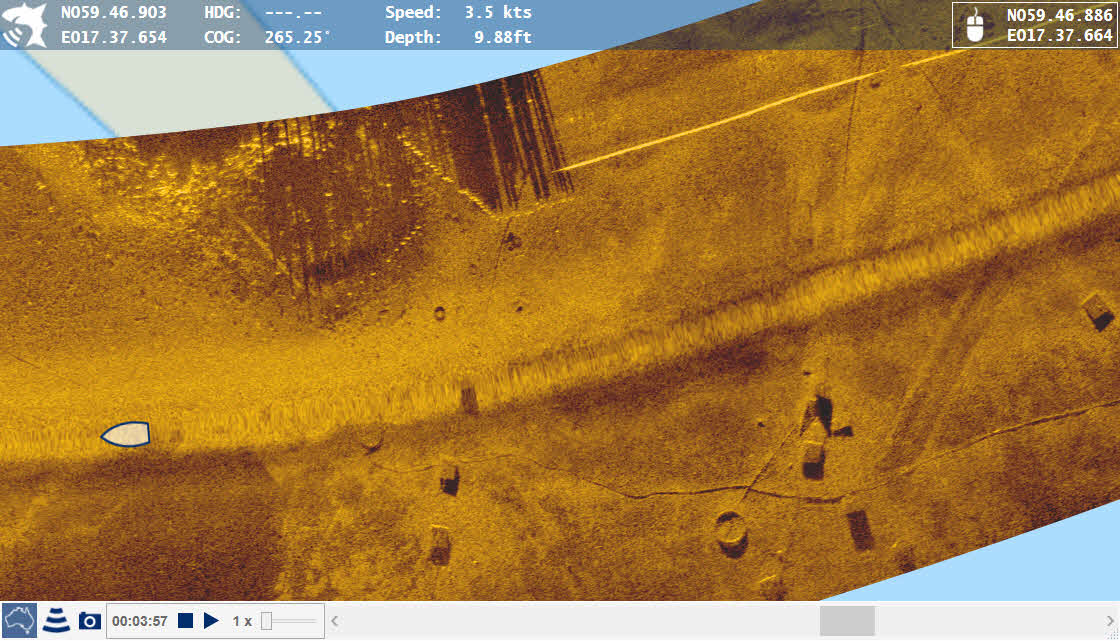 Range of Colour Palettes for 2D and Sidescan Sonar

Work in the palette you are most comfortable with by choosing from a wide range of palettes suitable for 2D and sidescan sonar. 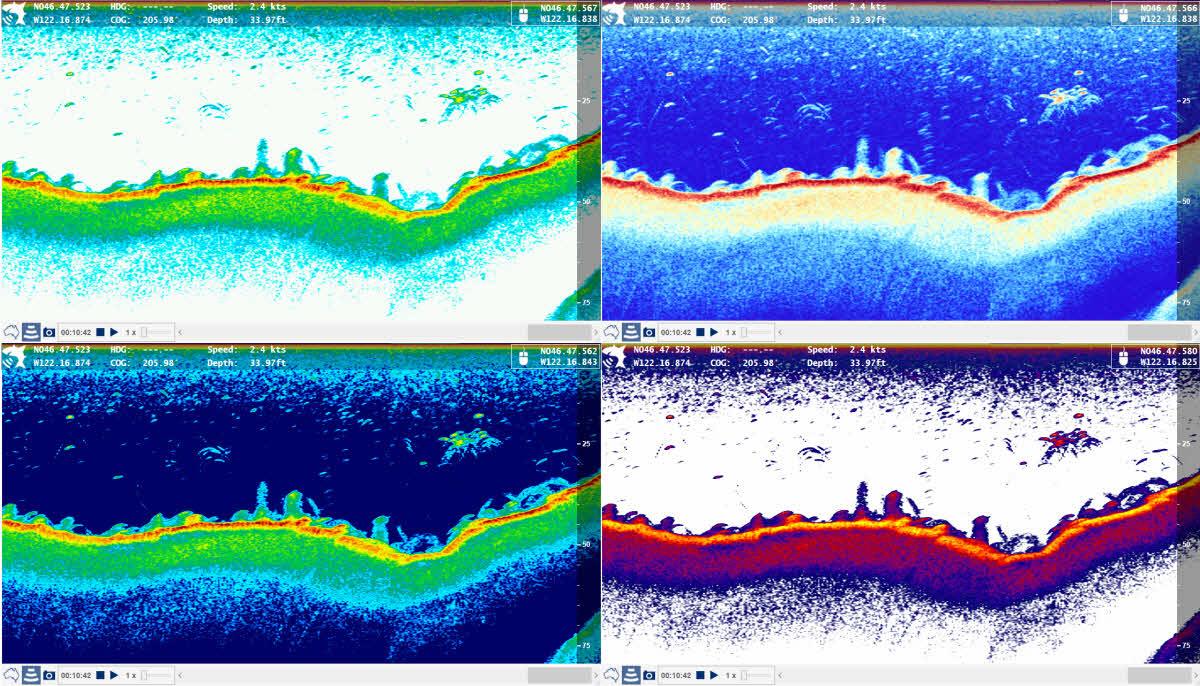 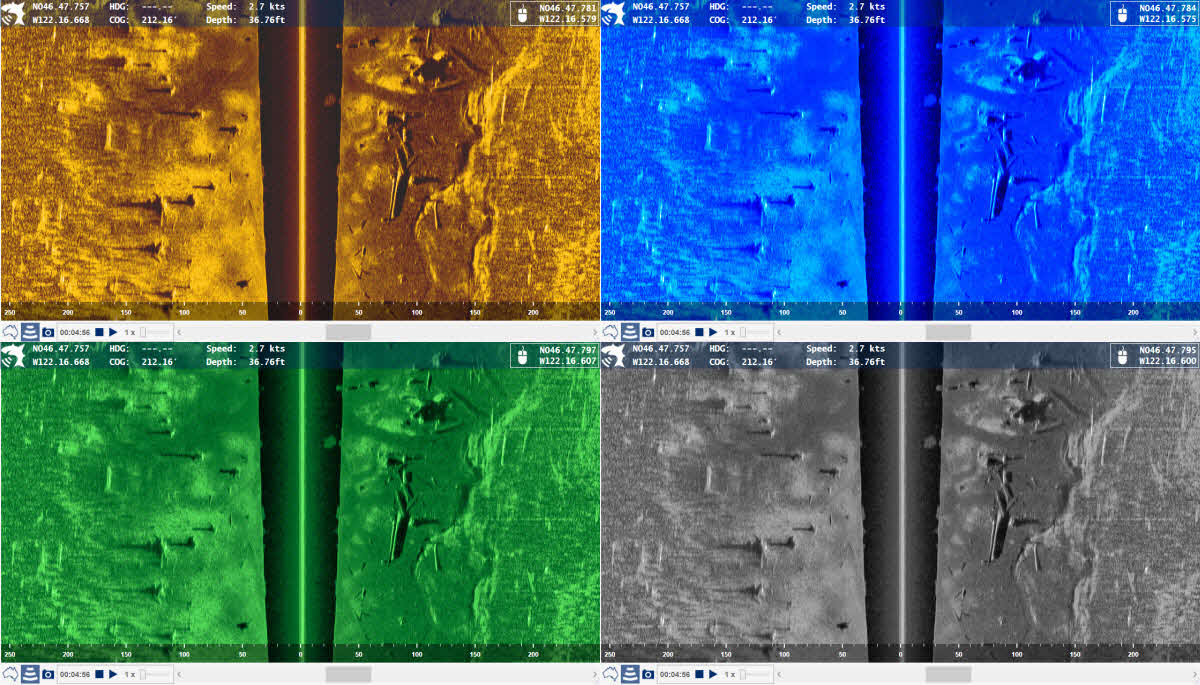 The ReefMaster Sonar Viewer features simple, "click and drag" distance measuring in the map and any of the sonar channel displays. In addition, the height (or depth) of objects in the sidescan sonar channel can be estimated by measuring the length of shadow. 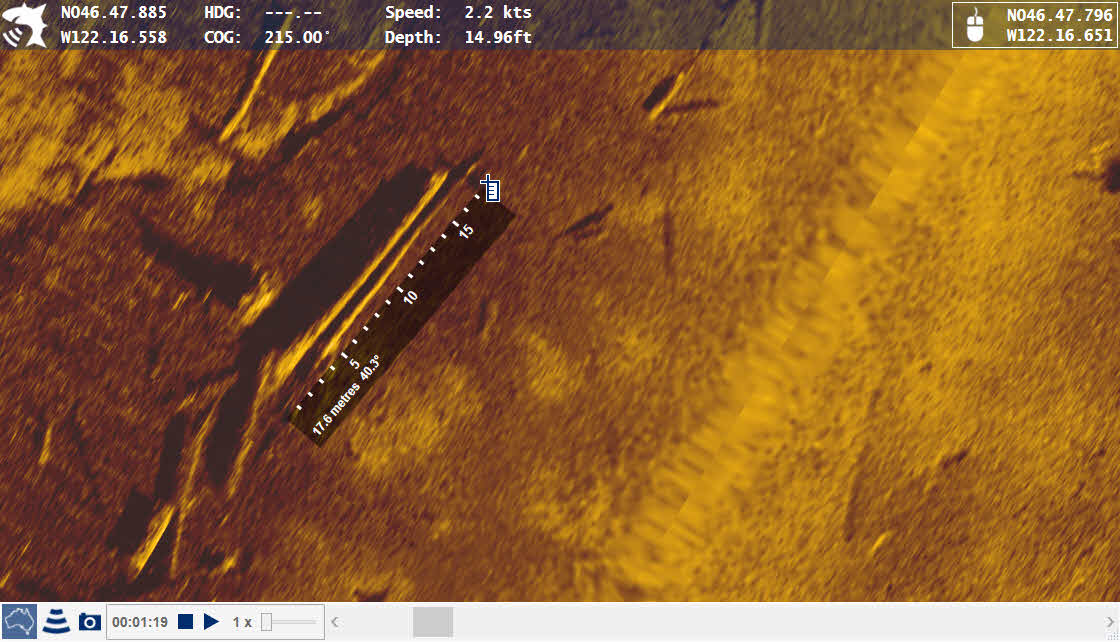 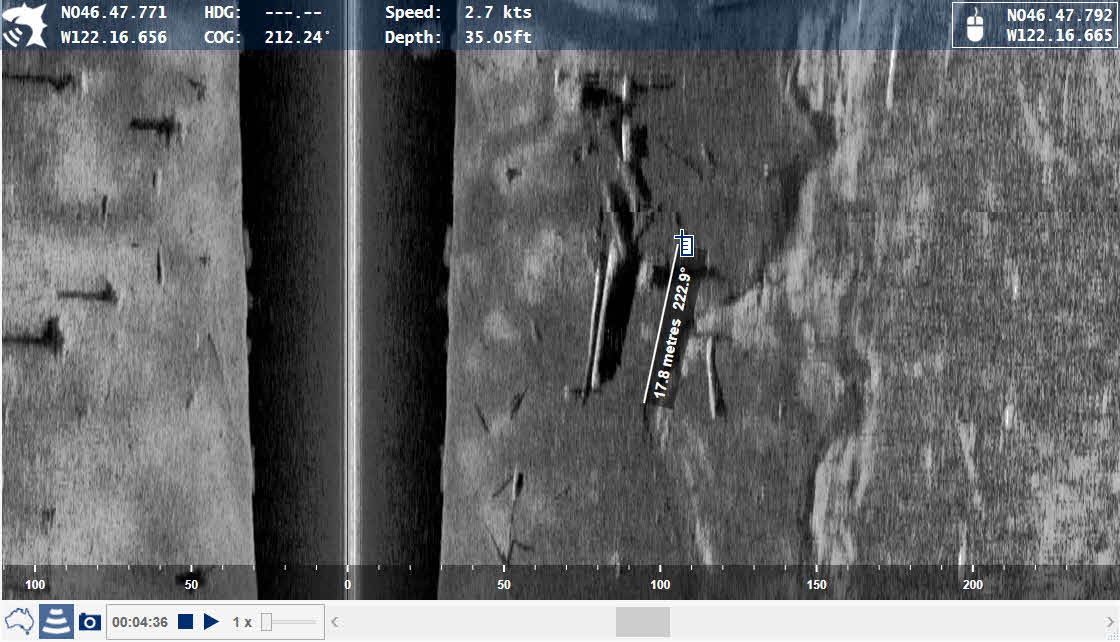 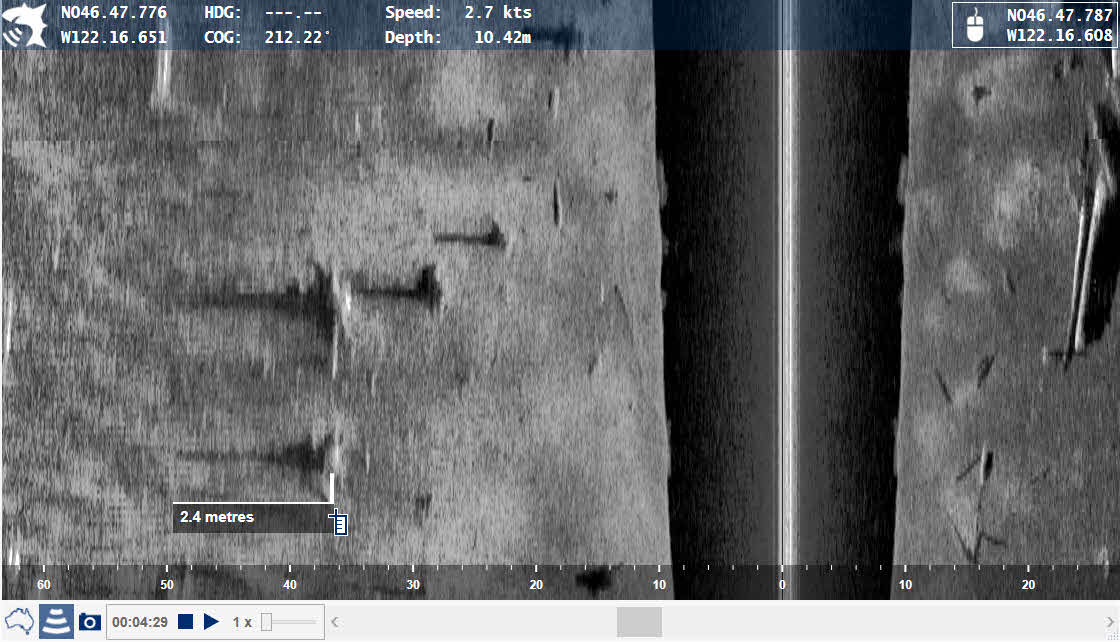